Ok let’s follow this theme and see where it leads us.

One thing I didn’t really emphasize in that first post is this idea of “sensorimotor amnesia” described by Thomas Hanna. My first google search for sensorimotor amnesia led me to this great post on Todd Hargrove’s “Better Movement” blog (which is consistently fantastic, check it out if you’re interested in moving better).

The idea is very simple and hopefully familiar to all of us: parts of our bodies which we don’t use much become “forgotten”, we lose our ability to move them in a coordinated way and often we can’t even really feel them at all. A lot of us can’t really tell what our shoulder blades are doing, where they are in space or how they are moving. Other commonly forgotten areas include the “rotator cuff” muscles and others connecting the shoulder blades to the humerus (upper arm bone), the deep hip muscles, pelvic floor and deep abdominal muscles, the intrinsic muscles of the feet, back extensors and deep spinal muscles, muscles between the ribs…it can happen anywhere in the body, depending on each individual’s history of movement. 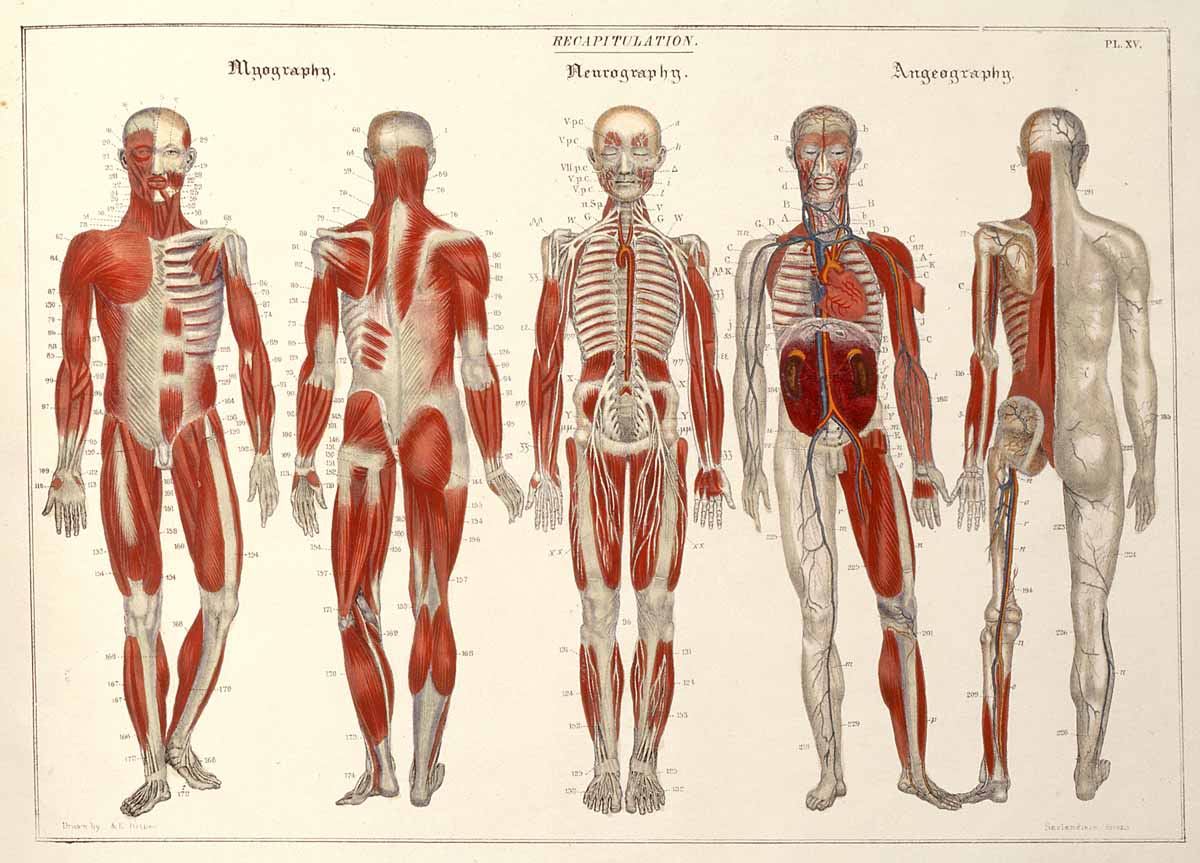 Everyone who has done any fun movement or fitness classes of any sort will remember a time when some movement had them feeling and engaging parts of their body that they “didn’t even know existed”.

So, you can’t feel your right hip very well compared to other parts of your body, and you can’t move it voluntarily in a coordinated way, this means that the parts of the “maps” in your brain representing your right hip are not “wired up” as well as other parts. There may be less neurons devoted to creating an internal “picture” of the right hip. Whatever neurons are being used for that may not be as well-connected synaptically to each other, to neighbouring areas devoted to the pelvis or thigh, or to other areas responsible for vision or balance or self-image. They may even be over-connected to brain areas concerned with fear or perceived threat or memories of pain. The pathways between these connected neurons can also be less “myelinated” (myelin is “white matter” which makes an insulating sheath that grows around neurons allowing for faster transmission along the nerve), making the “signal” slower and weaker.

All of these parts of the brain are constantly re-modelling themselves according to changing stimuli.

So most of what we call “Yoga” or “Qigong” or whatever is an exploration our own sense of our bodies, as they are represented in the different “bodymaps” in our brains. Each of these maps is often referred to as a “homonculus”, (which I believe means “little person”, in Greek) so a term being used in neuroscience-oriented physiotherapy circles (these circles are still fairly small, but growing!) to describe a wide range of activities is “homoncular refreshment”.

Let’s do a bit of quick and easy neuro-anthropological translation: The above video was the first result of a google search for “Chinese pai da”, an extremely common form of exercise which you can see hundreds of people doing every day in any park in China. Pai da “patting and hitting” sets are found in almost every system of Chinese martial art and “Qigong”. The traditional explanation is that such exercises “improve the flow of Qi and blood through the meridians”. We can now translate this and say that such exercises “refresh and improve the resolution of bodymaps in our brains including but not limited to the somatosensory cortex”. Regular practice of such exercises will, according to established principles of neuroplasticity, reduce and reverse the process of sensorimotor amnesia, helping us to develop and maintain a more complete cortical map of the vascular and neural activity through the surface of the body.

Interesting. Waking the body up with tactile stimulation of nerve endings = “stimulating the flow of Qi”.

Above is a classic picture depicting the “Chakras” and “nadis” described by ancient Yogis like Goraknath and Milarepa. Below is a picture of the main branches of the human nervous system (if it showed all of the little branches all we’d see is a human-shaped ball of fuzz): Now, I ask you, which is more likely: a) that ancient yogis were feeling some sort of magical non-physical energy while they were focusing on their bodies in meditation, b) that “yoga” is bullshit, “prana” is not real, and “chakras” don’t exist, or c) that pictures like the one above are depicting the subjective experience of how the body feels to a highly trained nervous system?

Given that it’s the job of the nervous system to feel and control the body, I am leaning towards option c).

More to come. I’m going to keep going on this theme, but figure I’d might as well just chuck stuff up here whenever I get some time to write, rather than trying to make each post perfect and complete at this early stage.

PLEASE tell me if any of what I’m writing is wrong or unclear, and especially if you think I’m mistaken about any of the neuroscience. I’m new to this blogging business and still just pulling random pictures of the internets as well so if I’ve used your picture and you’d prefer it if I didn’t, just let me know. Thanks.

14 Reply to “Bodymaps and “sensorimotor amnesia””