Try this: attempt to conceive, as well as you can, everything that you know about the size and structure of the universe. Start if you like with your own body, and work inwards: approximately 10 trillion “human” cells making up the different tissues of the body. Hair, skin, subcutaneous tissues, fat, muscle, fascia, tendons and ligaments, the muscular walls of blood vessels, blood with its red cells carrying oxygen and the white cells of the immune system, lymph and lymphatic vessels, bones and bone marrow where the blood is made, neurons and neuroglia, heart, lungs, spleen, stomach, pancreas, kidneys, liver, all of the different glands…and every cell in the body communicating electrically, mechanically and chemically with its immediate neighbours and also with distant cells in the body and the external environment via the multitude of substances, hormones and peptides being secreted through its semi-permeable membrane. Understand and hold the picture in your mind, or even better the feeling in your body, that none of these are static “things” – they are all processes, in constant movement, every cell is constantly creating itself out of its environment and also shaping its environment in turn. Every instant, everywhere, in our bodies and throughout the biosphere, every cell is breathing – taking in gases and fluids and excreting them through its own semi-permeable membrane, its insides buzzing with activity, like a tiny city or society the size of a pinhead.

Think now of the approximately 100 trillion “non-human” microbial cells present inside your body: similar in design, descended from the same single-celled ancestors that inhabited the ancient oceans of the earth for 3 billion years before they started to combine into multicellular communities, eventually becoming the animals and plants which created a breathable atmosphere and allowed them (us) to colonise the land. These trillions of microbes inhabit our guts, our mouths, our hair, they thrive on every exposed surface of our bodies, and no one has any idea which or how many of them are necessary for our health and survival. These cells also secrete chemical messengers and are in constant communication with each other and with “our” cells. The entire cellular world is united in an unbroken web of cell-to-cell communication, a common language, a shared genetic heritage. The mini-organs that the cells use to create and maintain themselves are essentially the same for both plants and animals, bacteria and humans. All of them are full of a saline solution, living water wrapped in semi-permeable membranes of it’s own creation, a planet-wide network of evolving life.

Continue this thought experiment now by taking the perspective of one of the cells that make up your own body: a tiny microbe living on the surface of your eye, perhaps, 100 trillion times smaller than you are. Simply imagine the world from this perspective, for as long as it is interesting, realizing that to such an organism most of the various things which are meaningful to you are completely without meaning – concepts like a human year, your job, family, society, etc, have meaning only in that they are likely to subtly or markedly alter the climactic and chemical environment on the surface of your body. Such an organism does not have the sensory systems required to perceive and derive meaning from the things which make up your world, thus, to such an organism those things do not exist, and the universe is an entirely different place.

There are universes within universes. Perspective is relative.

So, our thought experiment has by now hopefully induced the felt understanding that you are truly a giant, your friends and family are all giants, even your cat…so now, again, change your perspective and experience your body as the truly enormous universe that it is, from the perspective of a single cell, and, as well as you can, expand this perspective outwards to include the environment which you inhabit: from the depths of your body inside your organs and tissues to the surface of your body crawling with microscopic organisms (who, from our current perspective, appear to be “normal sized”), out into the air which is also full of tiny microbes too small to be visible to human eyes, which of course cover the surfaces in the house, all of the carpets, clothes, the tiny cracks and crevices, out into the garden where the ground is crawling with an infinite number of bugs and worms, insects, down into the soil, full of life, tiny microbes and fungi, constantly moving, reproducing, secreting substances which digest the world around them, being digested by each other, absorbed by plants which are the other giant organisms of this world, growing up to cover the entire surface of the planet, turning sunlight and gases into matter, consumed by the animals, consumed by us, and all of this rotting and being digested, reborn and recycled by the ancient and omnipresent, pulsating communities of tiny single-celled organisms that fill the air, the soil, the rivers lakes and oceans, and the bodies of all living beings.

All of life is symbiosis.

Practice this thought experiment often, develop it, extrapolate on it. We can reduce the mental habits of viewing the world as being made up of static “things” and of ourselves as being somehow separate from the rest of the living earth and the evolving universe. Albert Einstein came up with his general and special theories of relativity not by practicing mathematical equations, but by constantly engaging in what he called “thought experiments”. By doing such things repeatedly, the brain changes, and we become more able to conceive these things in greater depth and detail, expanding our understanding beyond its current limits. Einsteins thought experiments took his consciousness and concept of the universe far beyond that of the average person – each of us has the power to do the same thing, but it will not happen if we continue to think in our habitual ways and see the world from our habitual perspective. By actively engaging our minds in this process we can create new patterns of thought, new visions and feelings of the world as being made of infinitely complex interconnected processes, weaving within and through these miraculous, temporary physical structures and mental phenomena that we call “ourselves”.

“A human being is a part of the whole called by us universe, a part limited in time and space. He experiences himself, his thoughts and feelings as something separated from the rest, a kind of optical delusion of his consciousness. This delusion is a kind of prison for us, restricting us to our personal desires and to affection for a few persons nearest us. Our task must be to free ourselves from this prison by widening our circle of compassion to embrace all living creatures and the whole of nature in its beauty” 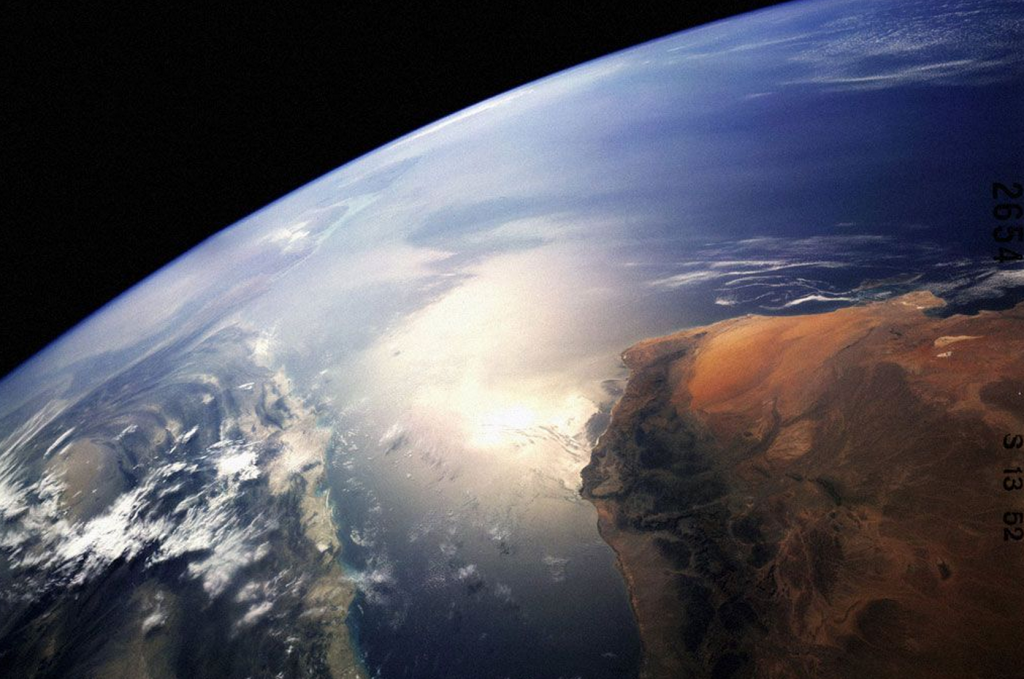 “The Body Politic” – are we organisms or living ecosystems?
“Our Microbial Selves” – longer journal article looking at the ecology of the human microbiome.

2 Replies to “A Thought Experiment”