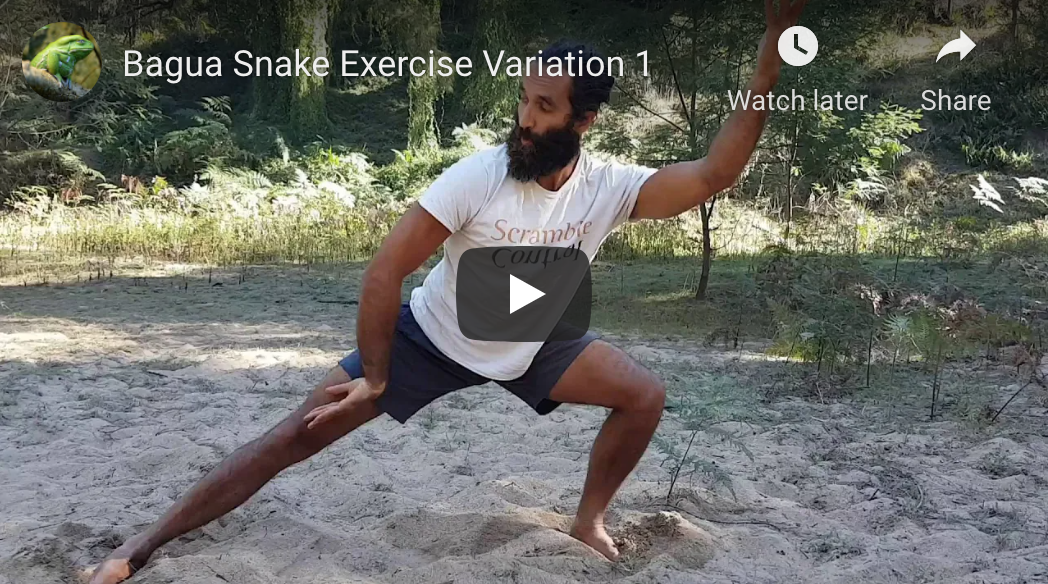 25 May Some new videos

Posted at 12:54h in Uncategorized by simon 1 Comment
0 Likes

Filmed in a spare moment on the autumn retreat in Araluen.

First one is of a few movements based on the “Hun Yuan Gong Fa” of Feng Zhi Qiang (Chen style Hun Yuan Taijiquan), but with the emphasis on “washing” peaceful, powerful, joyful, energised awareness through the different parts of the body and out into the space around the body. I’m not actually doing the full set, just demonstrating some of the movements that we practiced on the retreat during which it was filmed.

This practice is a very simple but very powerful, gradual changing of the body maps and spatial maps in the brain, and rewiring their connections with the deeper emotional centres and autonomic centres in the brainstem. Slowly but surely changing the sense of self and of three dimensional space on a neurological level, gaining more conscious influence over the activities of the endocrine and immune systems, and improving our ability to change the focus of awareness from the very small details inside the body to the infinitely large outside world.

For more information about the body maps in the brain, neuroplasticity and consciously changing the sense of self, you might like to read or re-read some of my earlier musings in this (still not finished) series on the topic: Body Maps: changing the bodies in our heads, Body maps and sensorimotor amnesia, Bodymaps, spinal awareness and interoception, Bodymaps, interoception and the heart; and learn all about using the brain to treat pain from one of the world’s leading experts on the topic, David Butler, featured in the video in this post: David Butler on using the brain to treat pain.

Next up, some Baguazhang foundation exercises for developing strength and flexibility through the hips, legs, back and torso, and for gradually developing coordination and whole body connected power while changing heights, twisting and bending through three planes of motion. Filmed at our retreat spot in Araluen valley, NSW (Australia), in May 2016.